The Bologna Process is a process of convergence and harmonization of higher education systems in Europe with the aim of creating a single European higher education area. The official start date of the process is considered to be June 19, 1999, when the Bologna Declaration was signed.

The decision to participate in the voluntary process of creating the European Higher Education Area was formalized in Bologna by representatives of 29 countries. To date, the process has 49 participating countries that have ratified the Council of Europe's European Cultural Convention (1954). The Bologna Process is open for other countries to join. 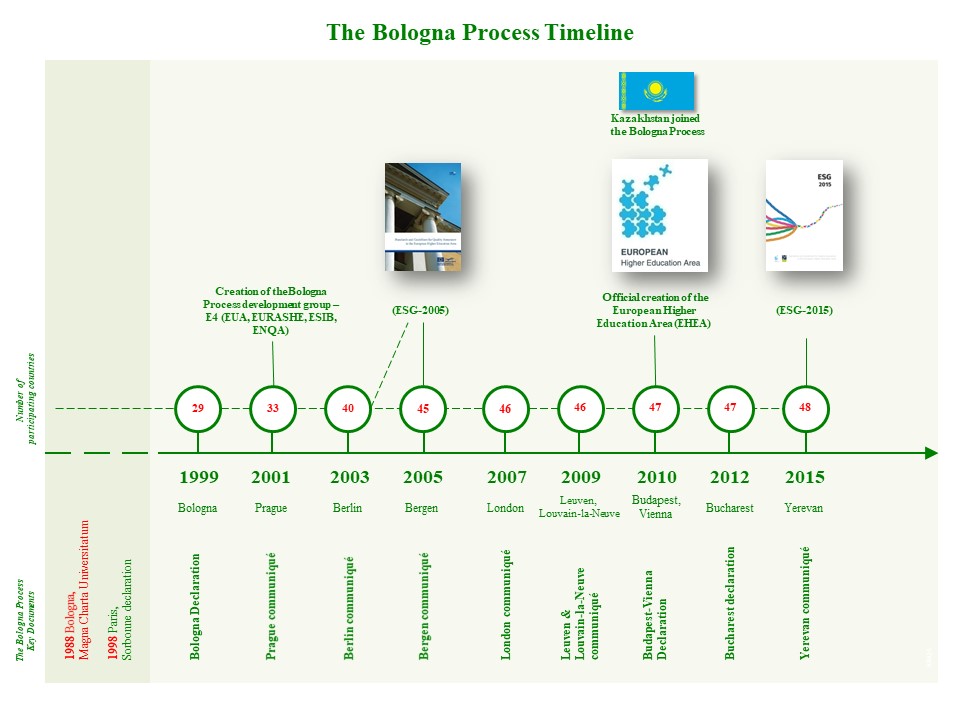